The goal of this project was to recreate an image as a mosaic of other images. I wanted to achieve this with a low number of tiles and not simply use images as pixels based on their colors. 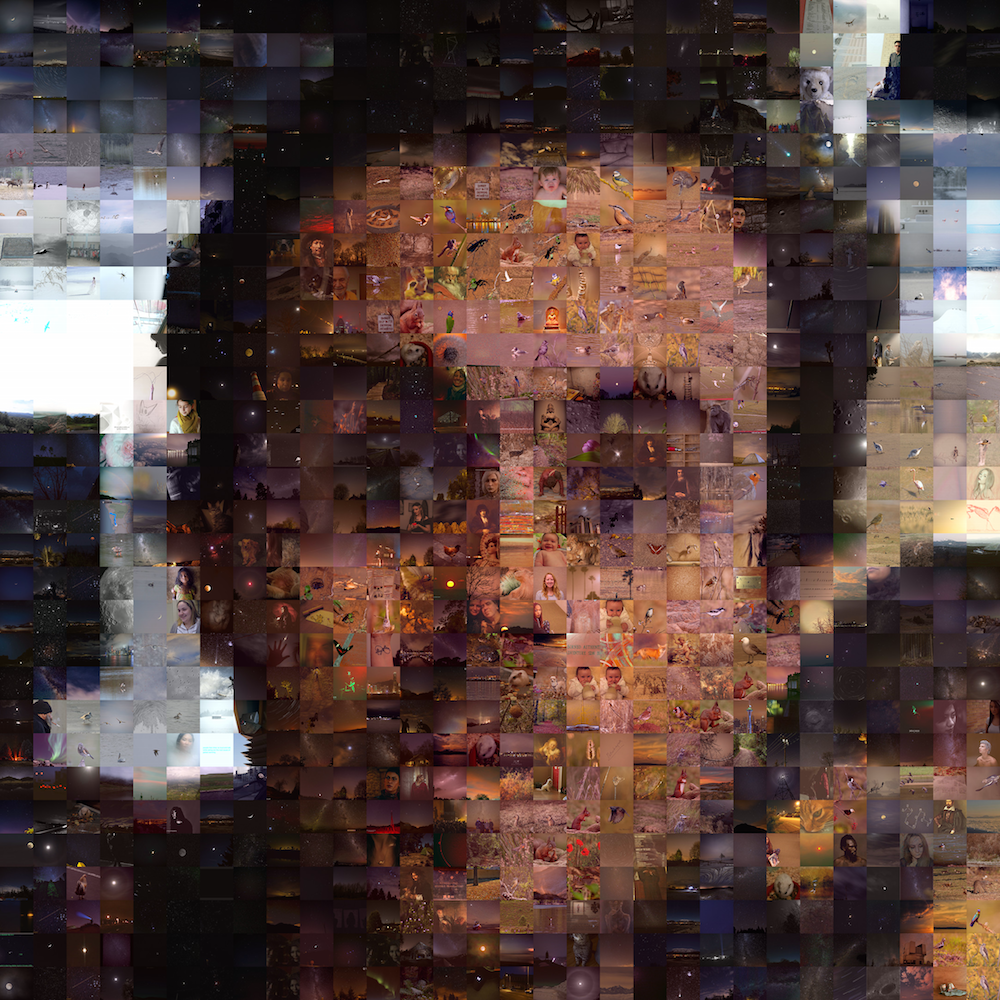 The biggest mistake I made was to vastly underestimate the difficulty of the problem. I thought I could get good results by tuning my early histogram grid implementation and floundered. I have seen many other attempts at this project but yet to see any that produce good results.